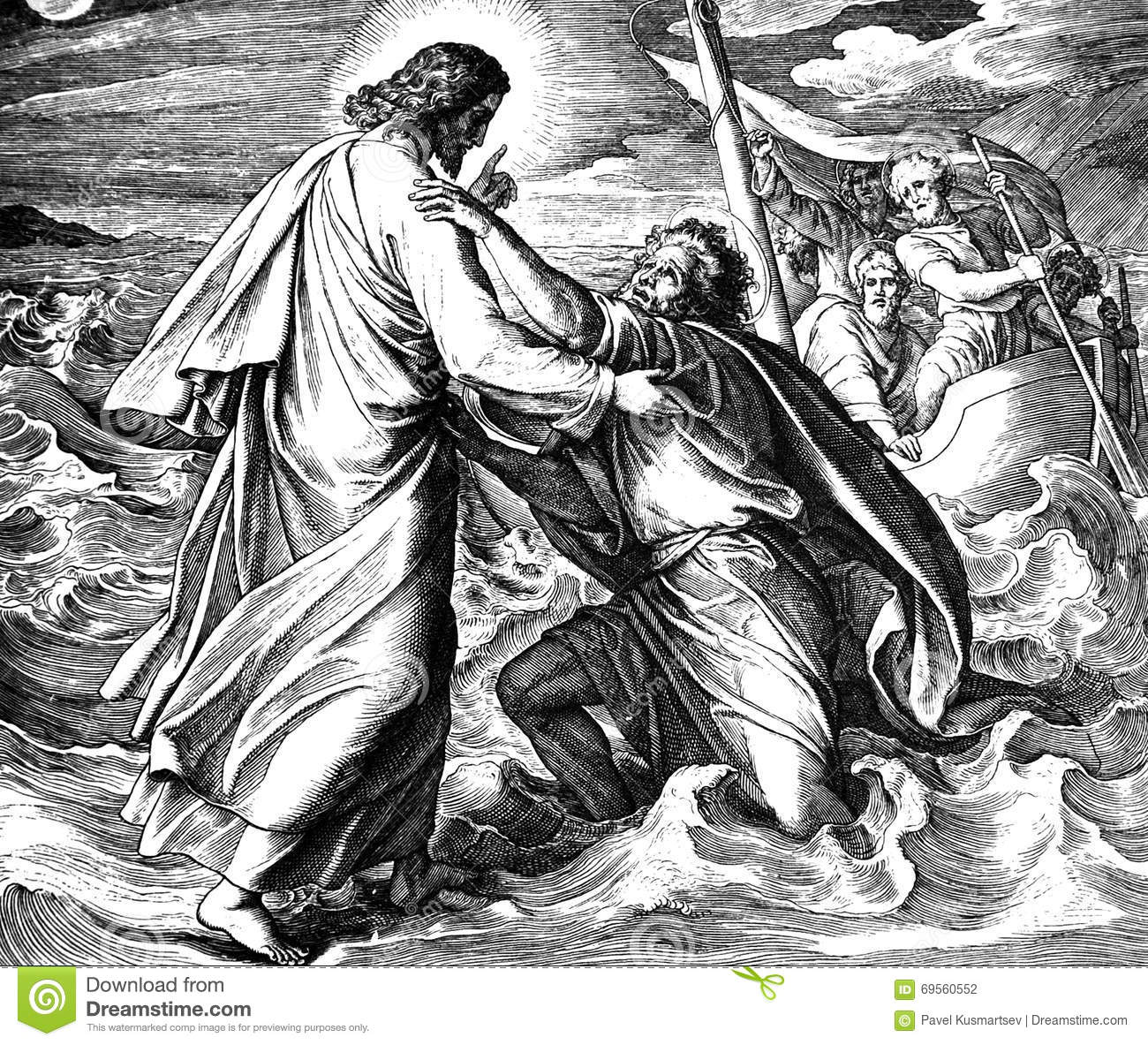 “Peter replied to Him, “Lord, if it is [really] You, command me to come to You on the water. He said, “Come!” So Peter got out of the boat, and walked on the water and came toward Jesus. But when he saw [the effects of] the wind, he was frightened, and he began to sink, and he cried out, “Lord, save me!” Immediately Jesus extended His hand and caught him, saying to him, “O you of little faith, why did you doubt?”  (Matthew 14: 28 – 31 Amplified)

Continuing from the previous blog on why I named my group for Pastors, Water Walkers, there are things for all of us to learn in what Peter did on the sea. When the disciples first saw Jesus walking out to them on the water, they believed He may be a ghost. Possibly influenced by the tales of that region, which said the spirits of those lost at sea would hover over the water, they were terrified. Jesus reminded the disciples of His deity, telling them not to fear Him. “Be comforted, I Am, do not fear!” (Interlinear Bible) Emboldened by Jesus’ voice, Peter says, “if you Are (the I Am) command me to come to you on the waters”. Peter knew if Jesus was God and He gave the command to come, He’d also provide the means for him to come. He was trusting in the Lord’s deity at that moment! It’s unclear how far Peter walked to the Lord but likely more than a few steps. “So Peter got out of the boat and walked on the water and came toward Jesus” Vs. 29.

So what happened to Peter’s faith only moments later? Jesus says, “Little-faith, why did you doubt?” Little-faith?? I wish I had as much faith as Peter showed when he stepped out onto the sea. Did Peter have too little faith in Jesus? Or maybe, it wasn’t Jesus he doubted at all, but himself? Is it possible Peter trusted in what the Lord could do, but lost faith in his own ability? I’m not saying Peter could walk on the water in himself. However, he had the ability (clearly) when he looked to the Lord and trusted in the Holy Spirit moving through him. He along with the other disciples knew the stories of God parting the waters of the Red Sea (Exodus 14) and piling up the water on the banks of the Jordan River (Joshua 3) so the Israelites could pass through on dry ground. He also had witnessed the winds obey Jesus and the storm, that almost destroyed their boat, calmed. Now this Jesus stood in front of him, on TOP of the sea saying He is the “I Am” and Peter filled with the Holy Spirit, fully trusting in Jesus’ deity jumps out of the boat not even thinking about himself.

Has your brain ever felt fuzzy and took a moment to make sense of the situation you’re in? I had this experience when the Napa earthquake hit. Living close enough to the epicenter to feel a tremendous jolt, I sprang up in my bed as the room rolled. It took several minutes for my husband and myself to regain reality and understand what had occurred. Is that what happened to Peter? Suddenly his brain refocuses and seeing the waves gathering around says, “What am I doing? I can’t walk on water, I’ll sink!” The moment Peter takes his mind off of all he can do when the Holy Spirit is flowing through him, he begins to sink. His faith in Jesus doesn’t seem to falter as he immediately yells out, “Lord, save me!” Have you ever said to the Lord, “I can’t! I’m not gifted enough. I’m not smart enough. What am I doing here?”. There are many things we truly can’t do in and of ourselves. However, IF God calls us, will He not equip us to do what He’s called us to do? Did He not tell Peter to ‘come’?

I love ministry leaders and want to help them be all the Lord created them to be through Him! There are three valuable lessons in these precious moments on the sea between Peter and Jesus. I will go more into depth with those over the next few blogs.